US President Joe Biden from Japan

USA President , Joe Biden stressed today that this country will intervene militarily if “Beijing tries to seize Taiwan by force.”during a press conference held in Tokyo.

“The United States has pledged to support the ‘one China’ position, but this does not mean that China has jurisdiction to use force to seize Taiwan.” Biden said in response to a question about this possibility during his appearance in front of the media in the context of his visit to Japan.

“Yes. We are committed to it.”The US president responded to a question about whether the United States would intervene militarily in a possible Chinese invasion of the island, which Beijing considers an “inalienable” part of its territory.

Biden claimed that China was “already flirting with low-flying and other maneuvers” around Taiwan, and compared a hypothetical invasion of the island to Russian aggression in Ukraine.

The White House chief warned that the sanctions imposed by the international community on Russia “send a message about the cost of trying to seize Taiwan by force,” which “will lead to long-term condemnation.”

Biden discussed the situation in Taiwan with Japanese Prime Minister, Fumio Kishida, during the summit held today in Tokyo, which focused on closer cooperation in facing challenges posed by China or North Korea in the region. 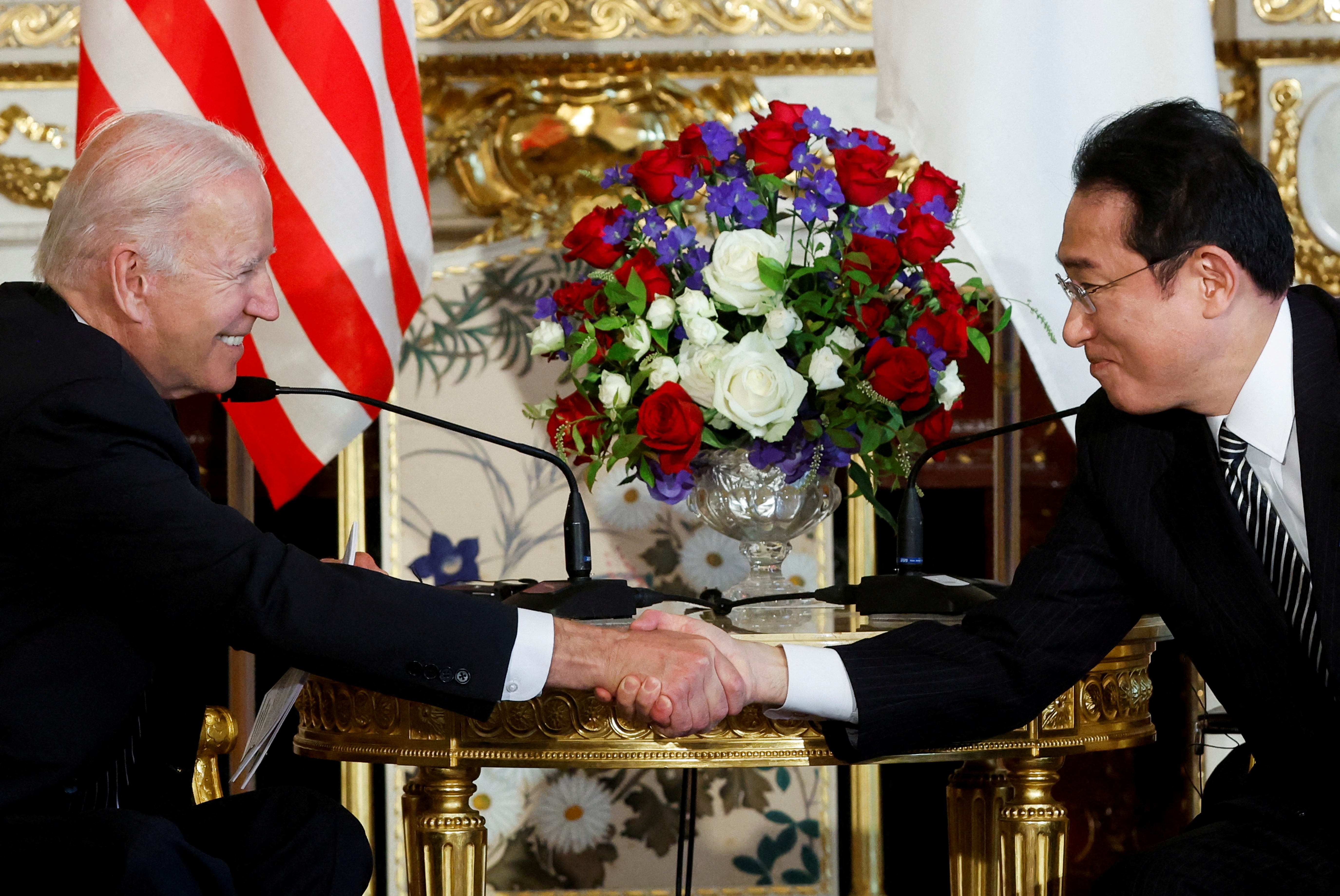 Presidents of the United States of America, Joe Biden, and President of Japan, Fumio Kishida

Both promised that they would strengthen their cooperation in the face of China’s “increasingly coercive behavior” and North Korean weapons developments, which they described as a “challenge to their security.”

See also  Dana: The climatic phenomenon that paralyzed part of Spain | Catalonia was the most affected region

Tokyo and Washington consider some of Beijing’s actions “violating international law”, and promised to “monitor its military actions” in the Asia-Pacific region, including its joint exercises with Russia.

Along the same lines, they stressed their opposition “to any attempt to forcibly change the ‘status quo’ in the East and South China Seas,” Kishida said.

“The invasion of Ukraine prompted us to reaffirm this commitment so that such a unilateral attempt would not occur in the region.”Japanese Prime Minister said.

The Japanese leader also stressed the common position that “the situation in Taiwan must not change”, noted that allies advocate “peace and stability in the Taiwan Strait”, and expressed “full confidence in a response from the United States” in the event of a dispute on the island.

The White House chief also highlighted the need to “ensure freedom of navigation in the Pacific” and increase the allies’ “deterrence capabilities.”

In this sense, Kishida conveyed to Biden his desire to “increase national defense capabilities and the budget”, and open discussion about expanding Japan’s military forces “in order to be able to attack enemy bases in a pre-emptive manner.”