Working in the United States on a Tourist Visa: Fines and Risks

Work in the United States If you are a foreigner and only have Tourist Visa It has its risks and complications.

However, many people are encouraged to undertake this activity which is severely punishable by US law. They risk traveling and once there they get jobs even if they work illegally and without social protection.

United States law states that to carry out an economic activity there, It is always necessary to have a residence permit or a “green card”. This guarantees the rights and duties guaranteed by the constitution to employees.

Otherwise, an immigrant working on a tourist visa will enter an illegal situation. If this infraction is detected, the authorities could cancel the tourist visa and impose a ban of up to ten years on entering the country.

Working in the United States on a Tourist Visa: Employers

North American law also predicts what happens with employers who hire foreign employees and do not have a “green card” or only have a tourist visa.

As the official website of that country’s government points out, immigration law sets out certain obligations for employers. The rule of thumb is that those who hire employees must verify the identity and job authorization of each person. 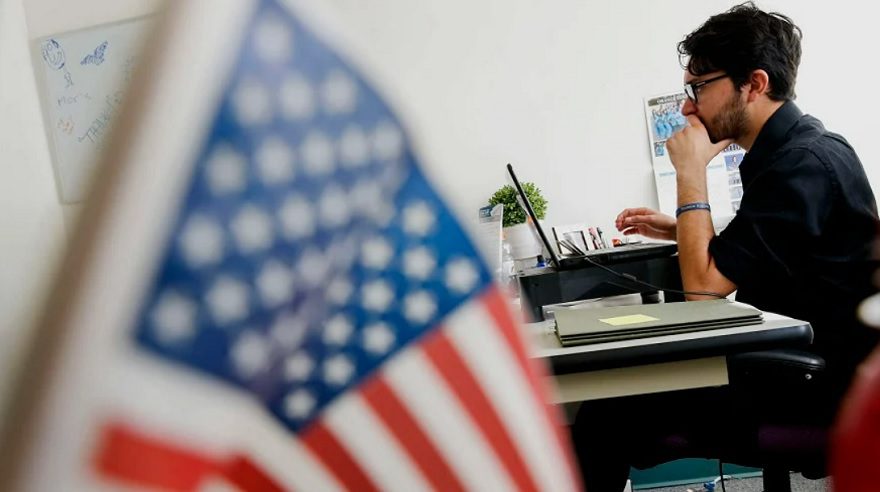 To legally work in the United States, a foreigner must have a Green Card.

Companies or people who do not follow this concept and who employ foreigners who are not authorized to work Civil penalties and/or criminal charges may be imposeddepending on the situation.

Immigrant visas to the United States with work

According to Claren, the United States gives thousands of Seasonal visas for workers with or without experience (Non-professional and without an academic degree).

In this way, the maximum period of stay is up to three years. After this period, beneficiaries must leave the territory of the country for a continuous period of three months before applying for readmission under the same type of visa.

The countries whose citizens obtained the most H-2B visas were Mexico with 74.7%, followed by Jamaica with 8.9% and Guatemala with 2.7%, according to a report by the US Citizenship and Immigration Service. United States (USCIS).

Unlike H-2A visas, H-2B visas are subject to an annual limit set by Congress, which currently stands at 66,000 workers annually.

Then there is the famous Investor visas or work visas. Among the visa options suggested by the US Embassy are E1 and E2. The first is for those interested in trading and the second is for export.

Specialists assure that it is easier to obtain E1 type visas for businessmen or those who provide services abroad. It happens that the E1 visa does not require the presence of a structure in the United States; Unlike investor visa, where jobs are required to be created in that North American country.

Peru will grow more than the regional average, the United States and Japan

Wadow’s tour of the United States began with Pedro and the governors in search of “strategic agreements”.