So you can save temporary messages (Photo: WABetaInfo)

The app owned by Meta Corporation will work on a new functionality that will allow users Save temporary messages that are sent to them in a private section, even if the message is deleted from the chat after the time specified by the person who sent it.

Regarding this, the messaging platform is enabled For the first time using temporary messages in November 2020, starting with a default period of 7 days, And then all data sent to other contacts under this method will be deleted. A year later, the company allowed these times to be set to 24 hours and 90 days.

These so-called messages have been positively received by users of the platform since its launch, Well, once it’s time to review itwhich are identified by the sender in all contacts, some of them or only for a specific group or person, These messages are permanently deleted from the conversation.

However, some users of the messaging service want to keep all the history of their conversations, even if they are temporary messages, which is why the developers of Meta create a new function that allows you to save this type of message and that It will be available in the next few days for beta versions of Android, iOS and Whatsapp Web.

However, WABetaInfo, the portal known for reporting on all app innovations, has reported that in some beta versions of the platform A section has already been integrated into the configuration that allows you to save received messages as temporary.

Similarly, the news site shared a screenshot from which it can be read that WhatsApp highlights that anyone can save or delete temporary messages that are received and that in the case of groups, administrators have the ability to restrict or configure these possibilities.

As for how to access this function, At the moment, it is known that this type of message can be reviewed from a specific section called “Saved Messages” which will be arranged for this purpose in the information section of the chats.

Like most of the information leaking about updates to the popular messaging service, it is not yet known when this option will be available for testing in beta versions and in a huge way for all users. 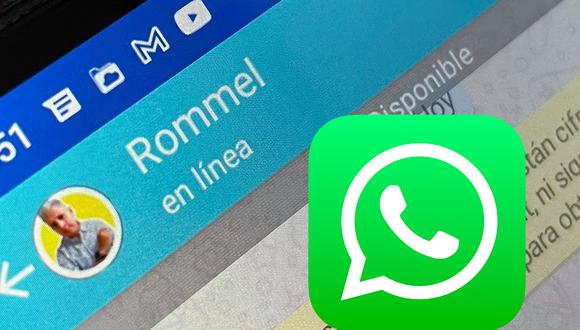 But this is not the only update that will come to WhatsApp, as it is also planned to allow people to decide whether they want to display an “online” status or not. And it will be as easy as accessing the privacy settings and unchecking the option.

Which is that WhatsApp has always been keen to deliver updates keeping in mind people’s privacy and improving their experience on the platform. Now, the other most expected function is the one that will allow you to hide online status so that your contacts will not know if you are available or not.

With this, WABetaInfo has become the portal responsible for announcing the upcoming update, which is already being tested in beta versions 2.22.16.12 of WhatsApp for Android. So users hope that it will be available for all versions and operating systems very soon.

For now, if you want to prevent others from knowing whether you are online or not, you have to resort to other types of solutions such as tricks and third-party applications, but from what is known, in a very short time this option will be accessible to everyone and by configuring Very simple.

As announced by the aforementioned site, these new functions will be available from a new menu called “Last Time and Online”, which is nothing more than an update to the already known privacy settings, but will now allow you to determine if the rest of your contacts can See your contact time.

In addition, two additional options will be presented to this new tool, one of which activates the status display for everyone and the other that will allow you to configure the time of the last connection.

In other words, if the platform is configured so that only specific contacts can see the time of the last connection, they will only be able to tell if you were online. Also, if someone can’t access when the app was last opened, they also won’t know if you’re currently online.

However, the official release date of this new update is still unknown, because although it is expected to be soon, this functionality was introduced in a subtle way and without warning in beta versions, which means that it is still under development. Therefore, in order to be aware of everything that is happening on WhatsApp, you must install this version.