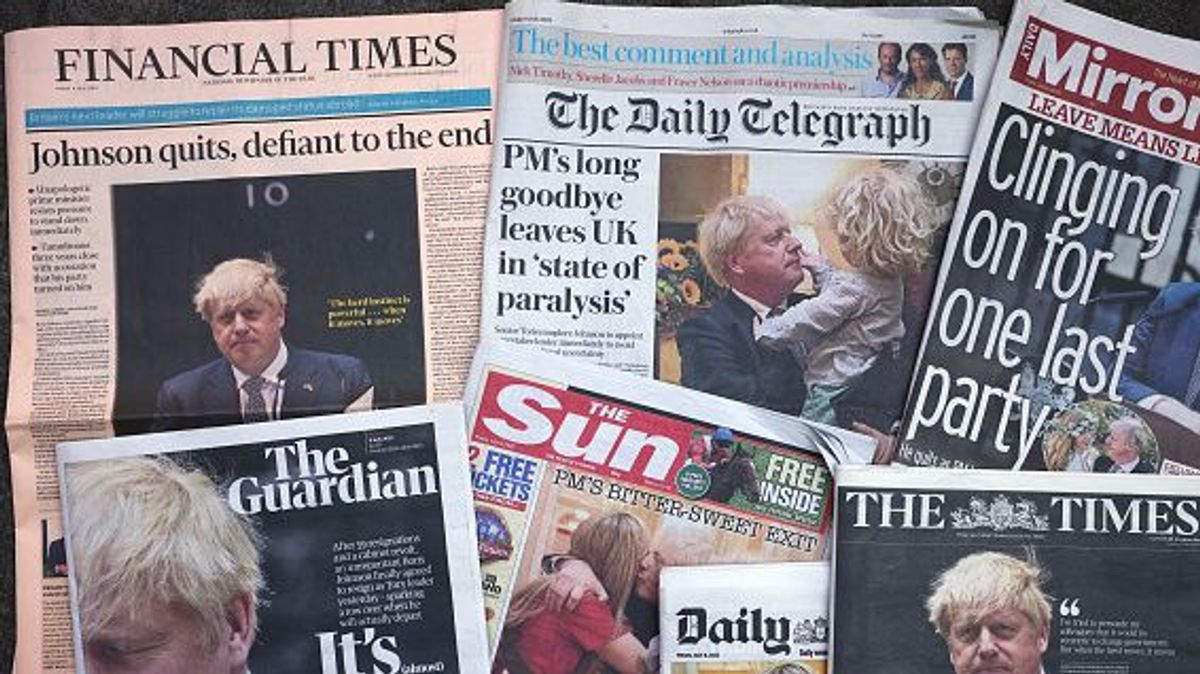 The UK is trying to restore political life afterwards Two of the busiest weeks in Westminster’s memory. Not just because of Boris Johnson’s departure, but because of his resistance to resigning. Her departure was as painful as Margaret Thatcher in 1990 after 11 years in power when she was stabbed in the back by her government. The same thing happened to Johnson, who He was dismissed by his governmentwho withdrew his support on the night of Wednesday, July 6 at night.

Johnson’s departure marks the end of the most tense and divided period in modern British political history, a turmoil and division that began in 2016 with the Brexit campaign, the 2016 European referendum and Cameron’s resignation after losing four years of parliamentary debate and Johnson’s promotion. in July 2019 and winning the December election of that year with the mandate to implement the hard Brexit he had promised. Johnson’s election involved a shift to the right and also a very personal and populist way of governing based on lies we had never seen before in the country.

After the announcement of Johnson’s resignation and the timetable for the Conservative primary, the atmosphere appears to have calmed: Johnson already has an exit date (September 5) and the censure motion that the Labor Party wanted to impose has not been accepted. The Conservative primaries have already begun, and by the 21st, next Thursday, the two final candidates will be known. Parliament will shut down and the Conservatives will stay on all summer, with the heatwave sweeping the country, and they launch a campaign on September 5.After the holidays, the Conservative Party already has another leader and the country has another prime minister.

The feeling inside the Conservative Party is that For the first time in a long time, since the 2005 primary after Michael Howard’s conservative electoral defeat, there was a debate to choose a direction for the future and a leader who would guide them.. On that occasion the chosen one was Cameron, who won the following elections in 2010 and 2015. Then came Brexit in 2016, Cameron’s resignation. In 2016, Theresa May was elected without a ballot due to the withdrawal of her opponent, Andrea Leadsom. May was elected unopposed. So, there was no discussion. In 2019, the only controversy was Brexit or a soft Brexit and Johnson swept it in.

Now, for the first time in seventeen years, a debate has opened among conservatives about which direction to take. There is no turning back with Brexit. Yes, they will have to decide how they want the relationship with the EU to be because Johnson’s exit from the EU is not working. But this is not the main issue. The only discussion in the campaign is the economy and taxes due to the economic crisis in the country With inflation at 9.1% expected to reach 11% after the summer. The only thing that worries citizens at the moment is the cost of living, which has risen in recent months. They are also looking for a leader who is out of the media and the strange way to rule Johnson. Once they have a new leader, another phase will begin in which the Conservatives will try to solidify it before the next election in 2024. Labor will press to bring them in as soon as possible.

See also  An unprecedented heat wave hits the northwestern United States
Prev post The head of the Islamic Development Bank has not yet agreed to disburse $500 million to Argentina
Next post One in two million: catch a strange blue lobster and return it to the sea for an unexpected reason

The United States will support the purchase of electric cars for 7,400 euros, but only “Made in the USA”

From Spain to the United States: Riqui Puig is already in Los Angeles | international football