Saws, tattoos and soul: the carpenter who learned to make furniture for his home and succeeded on YouTube

Wearing a welding mask, using a chainsaw, or wearing safety goggles, Luis Escobar (31) may be scoring A very complete tutorial on carpentryOr acting in front of the camera to entertain the audience. “Get her out of the centenary corner. I can’t control Toka. -To whom? -To your carpenter Mami,” he said in an Instagram post, dressed in a suit with black glasses. The influential carpenter takes this kind of license to pitch. Which is why they follow him. No boring posts and tutorials: Trade is taught by taking washed-out songs, with good background music, which can be soul, R&B, smooth hip-hop, while also talking about any topic. Who said that only cooking shows can do that?

Luis Escobar’s platform for excellence is YouTube (The Furniture Project), which has seen its followers grow non-stop during the pandemic. “Because there was nothing to enjoy, people started to make their home beautiful. What they asked me the most about was the home office, how to set up work areas at home, with functional desks.” He currently has 616,000 subscribers requesting new content. Those who follow it think not only of building a bedside table. There are those who set up their own business and learn like him, based on the tutorials.

Luis Escobar was not born with a profession of carpenter. Yes as a communicator, because Studied Marketing and Advertising. He tried to enter this world reserved for the few, who at one time believed that he would be his own. His initial works have won awards (Diente, Obrar and Fiap). “I thought with that I would enter an agency with something consistent. To start, I also had to start an internship and it stopped me because I was already working. It was great.” They did not close the tables. He paid for his studies by bottling soft drinks. I did the pre-sale. His clients were happy, but he lost his job because the company closed its doors.

In parallel, Escobar began compiling a file small carpentry workshop, This was his hobby. Find out that a neighbor has an abandoned garage. So he rented it and fixed it. “Up until that point, everything I learned was going through YouTube to make my own furniture. It’s all self-taught, based on trial and error. He had little furniture and little money.” He also says that there was very little content in Spanish, and that those in Spain included the machines that could be obtained here. He learned through videos in English, and even Russian… Watching how they did it.

And so it was made for his duplex, where he lives with his partner Antonella, different pieces of furniture while filming literal step-by-step in that small space. He made a coffee table for the living room with pallets given to him from the factory in which he worked; Shelf for TV and wardrobe. Later commissions came to him and he filmed them too. In those times, the contents did not represent any income. It was the way to start. Youtube naturally became their platform because the videos are long. Carpentry takes time.

“Since 2018 I live from this. When we were all fired from our jobs, compensation helped me to equip the carpentry workshop and dedicate myself to the content. The fear was all-encompassing, while I was investing, because you don’t know what’s going to happen, and you don’t know if it’s going to work. The only thing that kept the work up was faith and perseverance.”explains the moment when he decided to start his own project and live from it. 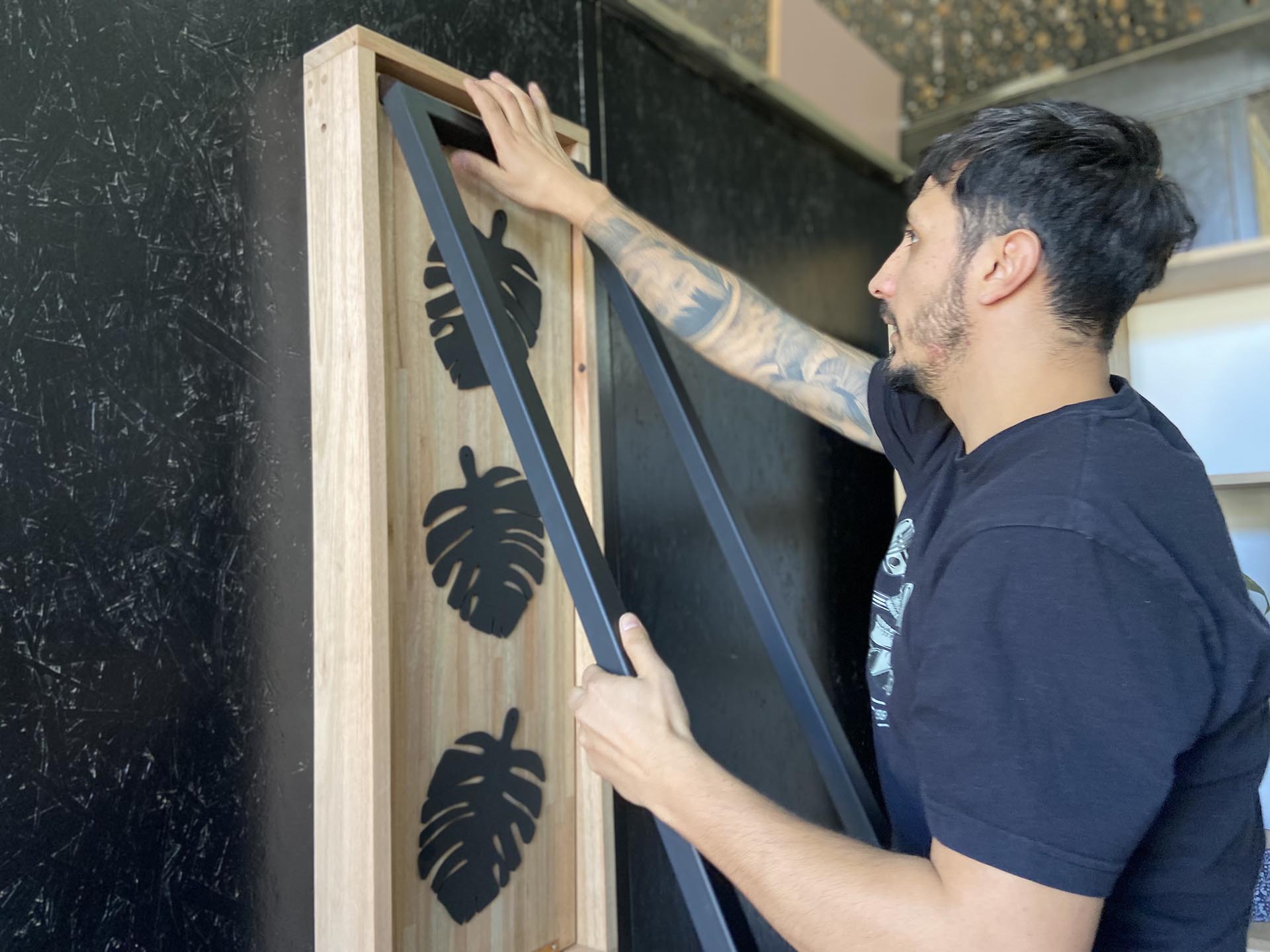 His YouTube videos are very complete and designed for different levels

“At first I made the videos shyly, I spoke slowly. I did everything myself ”, he explains about the first recordings. He filmed, edited and even mixed background music, in a very traditional way based on what he learned in the tutorials. With the arrival of the epidemic, their modus operandi has changed dramatically. The audience increased, sponsors arrived and he put together a team to run the business. “From being alone we became five. I hired a filmmaker, an editor, and a social media person. It was surprising. My job asked for it.”

See also  “Once again, I don’t believe it”: The harrowing story of Erwin Tomehri, Chapecoense plane survivor who was saved from yet another tragedy

Luis knew he had something new on his hands and that there was a vacancy in Argentina. And he took advantage of everything he knew as a marketer and advertiser. He put a lot of creativity into it, playing with shots and camera movements. “I made a mix of blog, tutorials and videos and put it in the blenderWhen carpentry, which had been a hobby, his job, became a search for another: music.” I teach singing at a music school, dedicated to African American musical genres, fifties, soul, jazz, blues, all This style. And we formed a band called Soul Island. Since March, we’ve been training, doing the covers, and it’s still very green.”

His tattooed arm also refers to the Afro world. They are original faces from Africa, Asia and America, inspired by a mural he saw in Rio de Janeiro, called We are all mother. When we went on our honeymoon with Antonella I saw that mural, I loved it and decided to paint it on my arm.

Influential carpenter Luis Escobar offers one of the most requested tutorials during the pandemic: an industrial-style office

Lewis says he sometimes meets his fans on the street. They are grateful for having these lessons to learn in Spanish. Others, having learned the profession. “Thank you I dedicate myself to this,” they told him. “The public is very grateful,” he says. He knows exactly who he is looking at. People between the ages of 25 and 60 years. The younger ones are not very interested in carpentry, which takes a lot of time and a lot of tools.

See also  A Colombian family traveled to Brazil to watch the Copa America: when they arrived they realized it was without an audience | Chronicle

“The more time you devote to this trade, the more money you can earn. The hours of dedication will pay off. He stresses that all carpenters have a lot of work and a busy schedule. “With this job, you can be a breadwinner,” he adds.

Some time ago, the influencer had a larger workshop that allows him to work better. He no longer takes any other orders because his schedule is closed for the rest of the year. One of the projects he has been assigned is work on a loft that the client is remodeling. They also assigned him a rather strange job: designing a room with panels inspired by Star Wars. 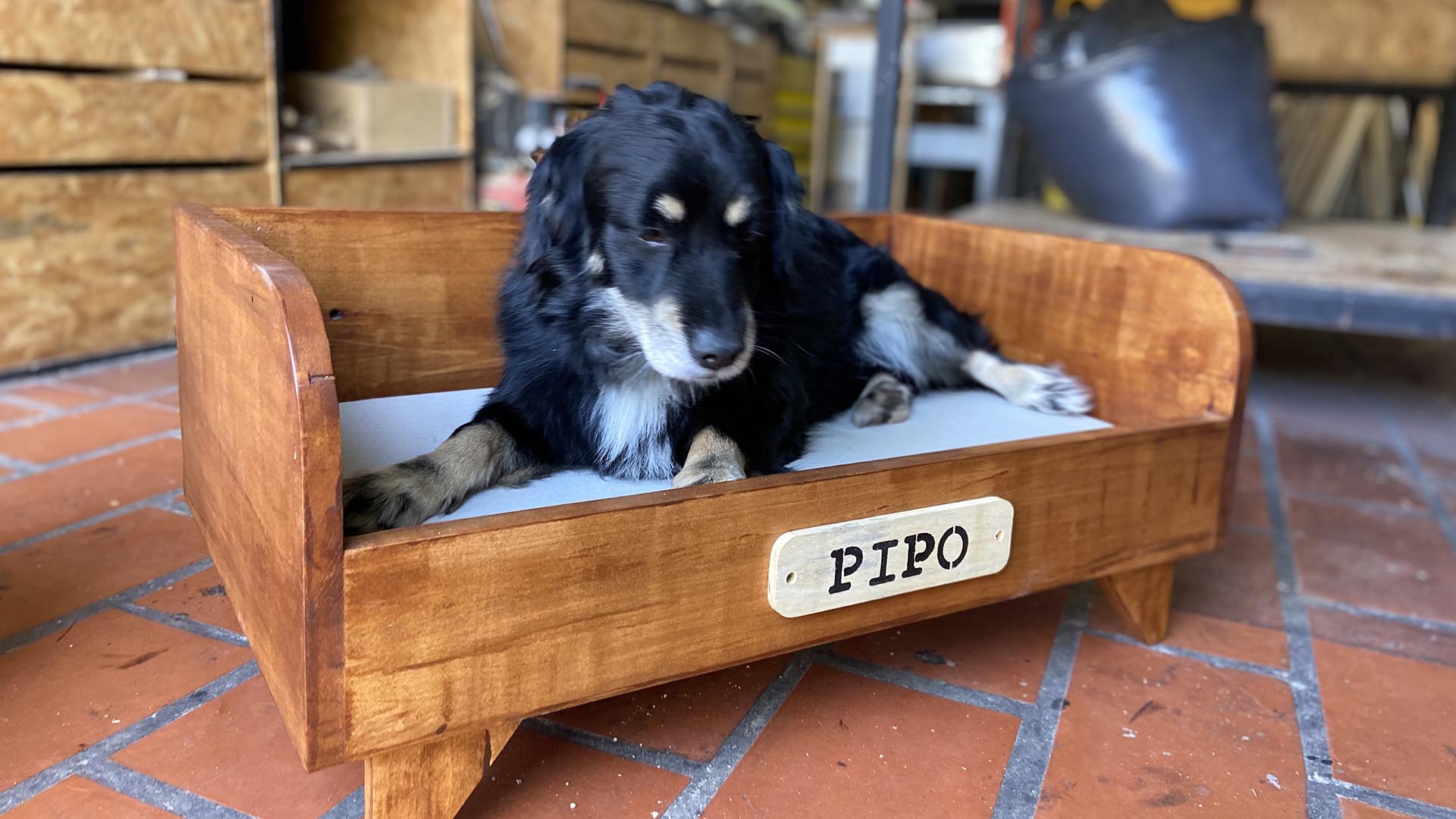 The influencer worked a few months last year as a jury on the TV show home sweet home, hosted by Eugenia Topal on Channel 13 which was lifted due to lack of ratings. He really liked the experience and thinks if he had a bigger budget it would have been better.

His dream is greater content, with an 8-episode series format for a digital platform. It will be about building a mobile home to travel around the country. He is also interested in more television formats in which audiences can participate.

Meanwhile, it offers fresh content on all its networks. Lewis owes his fans the digital world.

Carpenter’s Welcome Aboard the Pirates: ‘I started working at the age of 14 collecting sawdust’
Long YouTube videos can be turned into shorts
From Carpenter to Film Legend: The Life of a Harrison Ford Film
Prev post Elon Musk Suggests Tesla's Next Gigafactory Could Be in Canada - Tesla - Hybrids and Electrics
Next post Scientific experiment makes mice produce rat sperm