From September 23 to October 9, it will be held Imagine India 2022 International Film Festival In the cinema Technical Metropole from Madrid. Thus, during the 16 days of this exhibition of Indian cinema, 100 films will be shown.

Imagine India 2022 International Film Festival (IIIFF 2022) sponsored by Indian consultThe Community of Madrid and the madrid city. As well as by many collaborators.

also, Imagine India 2022 Granted in this twenty-first edition Lifetime Achievement Honor Award for the actress Angela Molina. Since then, to quote Abdul Rahim QaziFestival Director: “Angela has a deep love for India. When she was a teenager, she traveled there and the country left her very special. She later won Best Actress at the New Delhi Festival.”

You can open (and download) a PDF file with the full program from Imagine India 2022 IFF on the following link: 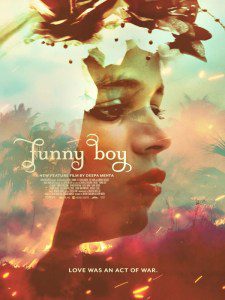 Jury Imagine India 2022 International Film Festival have already talked about Nominations One of the films competing in this twenty-first session.

Thus, among all the candidates, the following stand out: 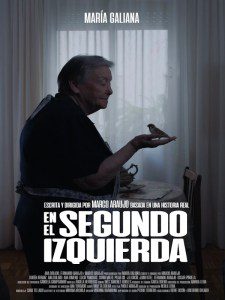 besides Official Section To compete for feature films, shorts and documentaries, Imagine India 2022 The festival spices with sections that give it its colorful, supportive, exotic, deep and varied character. It also takes a look at the culture of that part of the world east to round it again.

Thus, the Classics section He relives films of all time, trying to connect them with current events.

For its part, the Portuguese language department It has become a constant part of the festival. Since India has always had a special relationship with Portugal, it has been Goan Portuguese colony.

Similarly, the Save Afghanistan Division It is a reminder of what is happening in the country after the US withdrawal. Since many filmmakers like Lina Alam also Sadat’s vision They were forced to emigrate because they could not practice their profession.

and the Special Offers Section Shows 2 movies Israel In this 21st edition. As Imagine India IFF He has a special relationship with Jerusalem IFF.

besides Immigration Department Reflects the different attitudes regarding this serious problem in countries such as LibyaAnd the Morocco or an Indian. As well as in other countries such as Japan or the European continent itself.

For its part, the love oath From Imagine India 2022 In his films, he presents various points of view on this topic. As well as the condition of the woman who, unfortunately too often, is sacrificed.

and the Life section She reflects, through the selected films, the very different ways of life in different parts of the world. What may seem normal in one country is a fad in another.

Similarly, the Department of Nature It touches on topics such as nature conservation, emptying cities in favor of cities or love of animals.

The Legends section It includes documentaries that deal with key figures from the point of view of culture, freedom or the struggle for rights in their countries.

India is closely related to the gypsy ethnic group, which, after hundreds of years, still retains Indian customs. Thus, in Gypsy films section From Imagine India 2022 You can learn more about the gypsies of the Czech Republic through movies Peter VaclavAward-Winning Film Maker Berlinale.

and in Film Schools Department The best films for students of Dr The best film schools in the world Thus, in Imagine India 2022 5 schools share the best graduation films.

Millionaire collecting after returning to theaters