Dalia Ramos, Mexican who works for the Alpine Formula 1 team

Thinking about Formula 1 was not in the plans of Mexican Dalia Ramos when she left university, But her desire for a master’s degree which took her to England began – unknowingly – in what would be her willingness to reach the highest class.

today, Dalia leads the Alpine Build and Test team and is one of four women in this division at the Enstone plant, The United Kingdom handles mechanical assembly (internal parts, gearbox, fuel system, brakes), chassis assembly, as well as mechanical testing of vehicles and coordinates dispatch of parts to the department as well as reception for maintenance and service.

“If I’m honest, Formula 1 wasn’t something I imagined where I could work, I’ve always loved carsI’ve always wanted to make cars, but I looked for challenges. I decided to get out of the space zone and started looking at luxury cars and things like that. But Formula 1 has arrived, the pinnacle of engineering, and it was the right time for the team and for me,” he said in an interview with Millennium–Hobby.

The commitment is great, but her passion for process improvement and in-depth analysis of the process has led her to jump from Rolls Royce’s flying territory to F1 and Now he is not only responsible for leaving the cars of the Spaniard Fernando Alonso and the French Esteban Ocon at a point, Also make internal changes to get back to the top of the tournament.

F1 is a sport that was created for men and women, but that doesn’t mean we can’t change it. And that doesn’t mean they don’t want to change it, there is now a very big push in teams and F1 to bring in more female talent and diversity in general. At the company, for example, they launched Rac(H)er, an initiative to attract more women into motorsport. They realized that diversity means efficiency and better performance in all aspects.

Does it put you under pressure to be on the cutting edge of these changes?

I think that’s a lot of pressure, but it’s one I’m used to living and working with. At first glance it seems that the challenges are not that difficult; However, I think they are very subtle and at the end of the day you realize that you work twice as hard to show who you are, to earn credibility and respect. Yes, I had to do my best throughout my career, but thanks to God I have achieved important challenges and this gives me confidence. But it’s an extra pressure that I don’t think all of my team-mates are under. At the end of the day, I’m used to it, and when I look back I realize my wins are even greater. 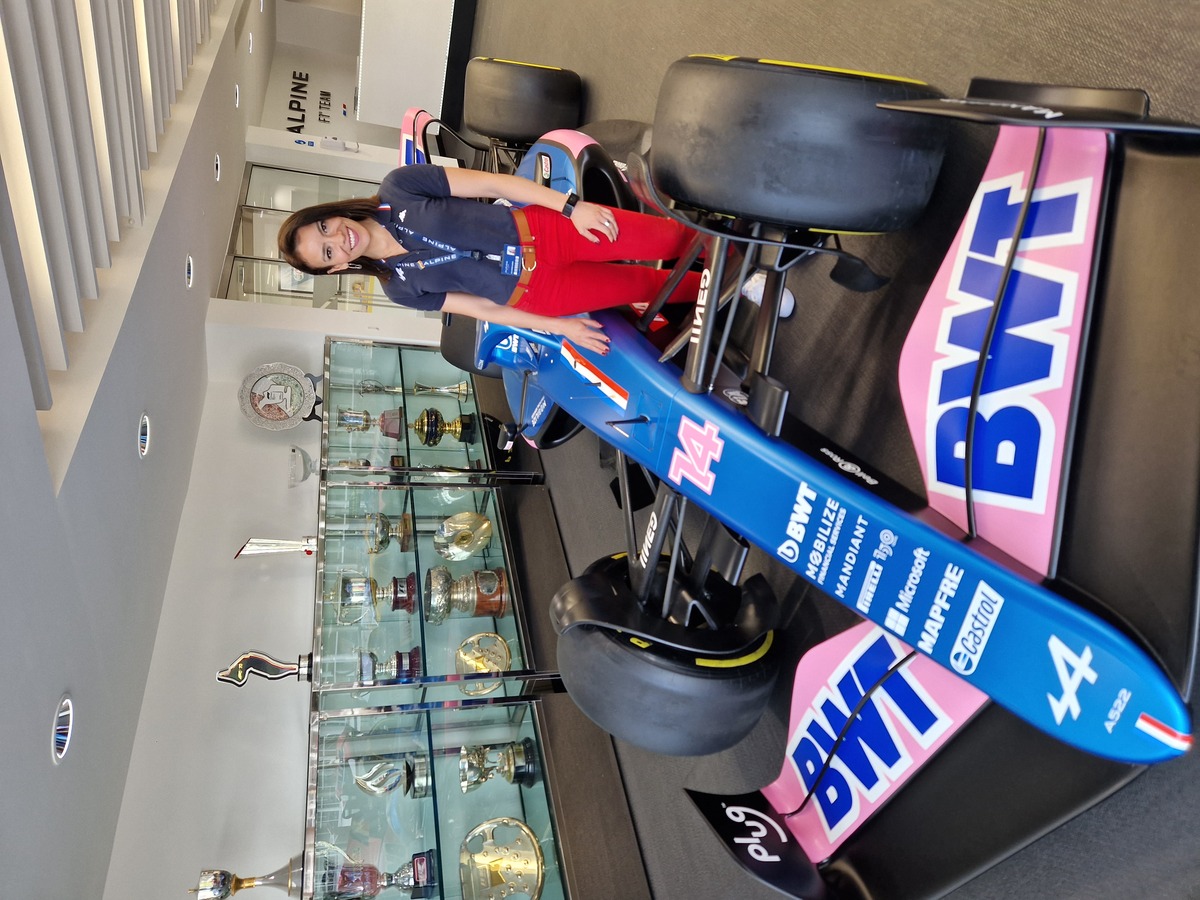 What changes have you made?

There was a team restructuring and they decided they wanted to do things differently, this team was winning trophies 15 years ago and suddenly they were behind, so they said ‘we have to change’. This was where I got to. I always wanted to be in a place where I could leave my mark, Change the culture in a positive way. Honestly, since I arrived they haven’t told me “no”, the changes are hard and it’s not as fast as one would like, but fortunately I have the support.

Now Alpine has a special project that goes directly to women.

We’ve been talking about what we’re going to do to make this more diverse and inclusive. Now the Rac(H)er initiative has arrived, which basically questions why there are no female drivers in Formula 1, despite the fact that it’s also a women’s sport. They created this initiative to develop future pilots, young (4-5 years old) and know what we are going to do so that other girls come to work with us and eventually become the future force in the factory and in Tatweer. It’s an ambitious plan. Because we are 850 employees and 12% are women and the goal is in 5 years we will be 30%. 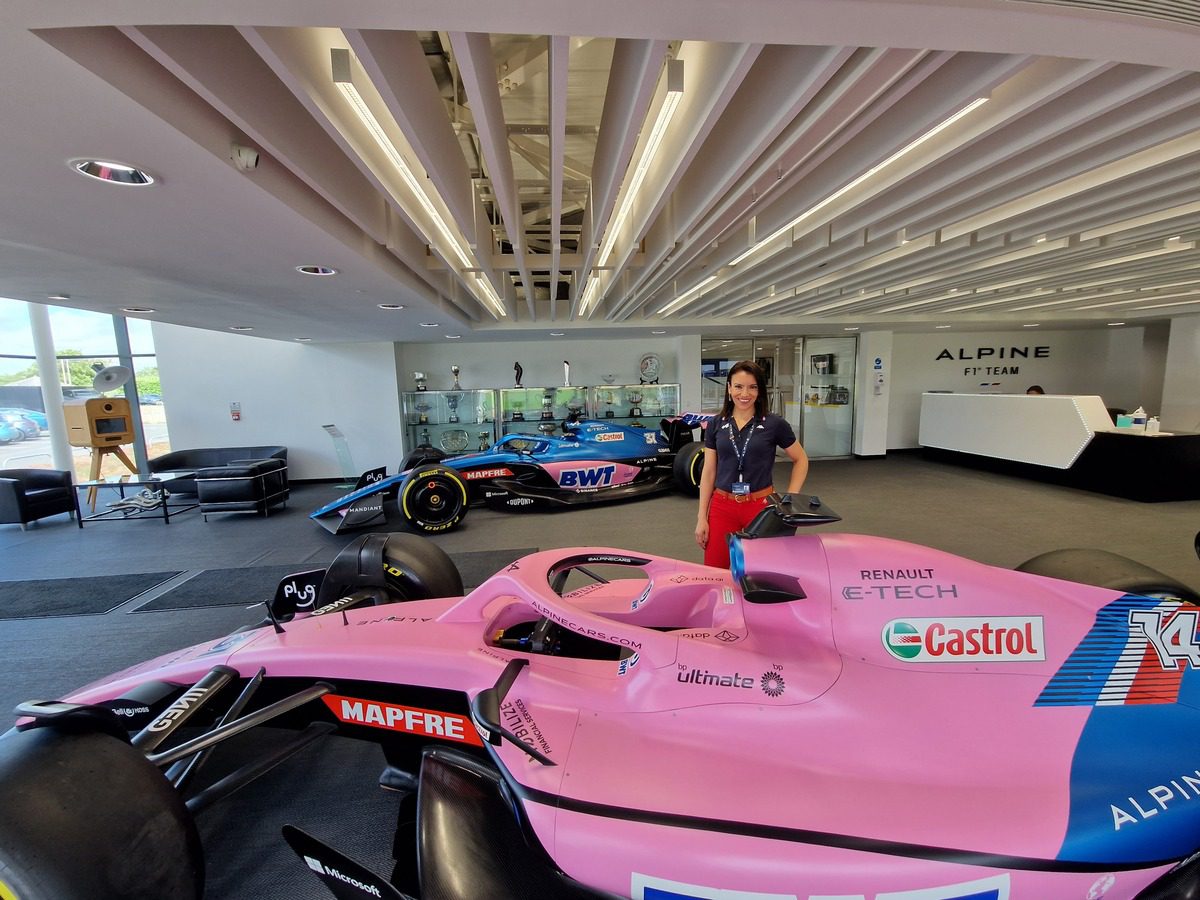 How long does it take for a first woman to reach Formula 1?

The program they are developing for pilots is for 10 years, it is a program if you find a girl today who has the talent and has the resources, it will take 10 years for her to be ready to compete. It’s obviously a long programme, because this takes time, but for example, we have academic drivers, They are preparing for F3, F2 and F1, and we already have some girls, but where they fall in the chart, I don’t really know.

Where do you see yourself in 10 years?

Because of what happened in 10 years, I realized that a completely inexplicable opportunity might arise that might resonate with me. Today I can say that I have been in Formula 1 for a year and I love it, I still have a lot to learn, there is a lot to be excited about. I would like to learn and grow here, but I have always dreamed of going back to Mexico, someday in the future I feel like the day I retire will be there.

Padding, cricket and polo are not Olympic sports