The port authorities said that the Yuan Wang 5 had entered the deep-water port after obtaining permission from Sri Lanka on the condition that no investigation was conducted. (Ishara S. KODIKARA / AFP)

A Chinese research vessel entered the southern but Chinese-administered Hambantota port of Sri Lanka on Tuesday.Although India and the United States are concerned about their activities.

the ship Yuan Wang 5 entered Deep water port after obtaining permission from Sri Lanka on condition that no investigation is conductedport authorities said.

It was originally scheduled to arrive last week, but Colombo has asked Beijing to postpone the visit due to India’s objections.which shares the West’s concern about Chinese activities in the region.

But on Saturday, after intense negotiations, Sri Lanka announced that it had given permission for the ship to dock at Hambantota and stay there for six days.

Navigation websites describe Yuan Wang 5 as a navigational vessel, but the Indian press claims that it is As a spy ship.

India looks suspiciously at the growing Chinese presence in the Indian Ocean and its influence in Sri Lanka. 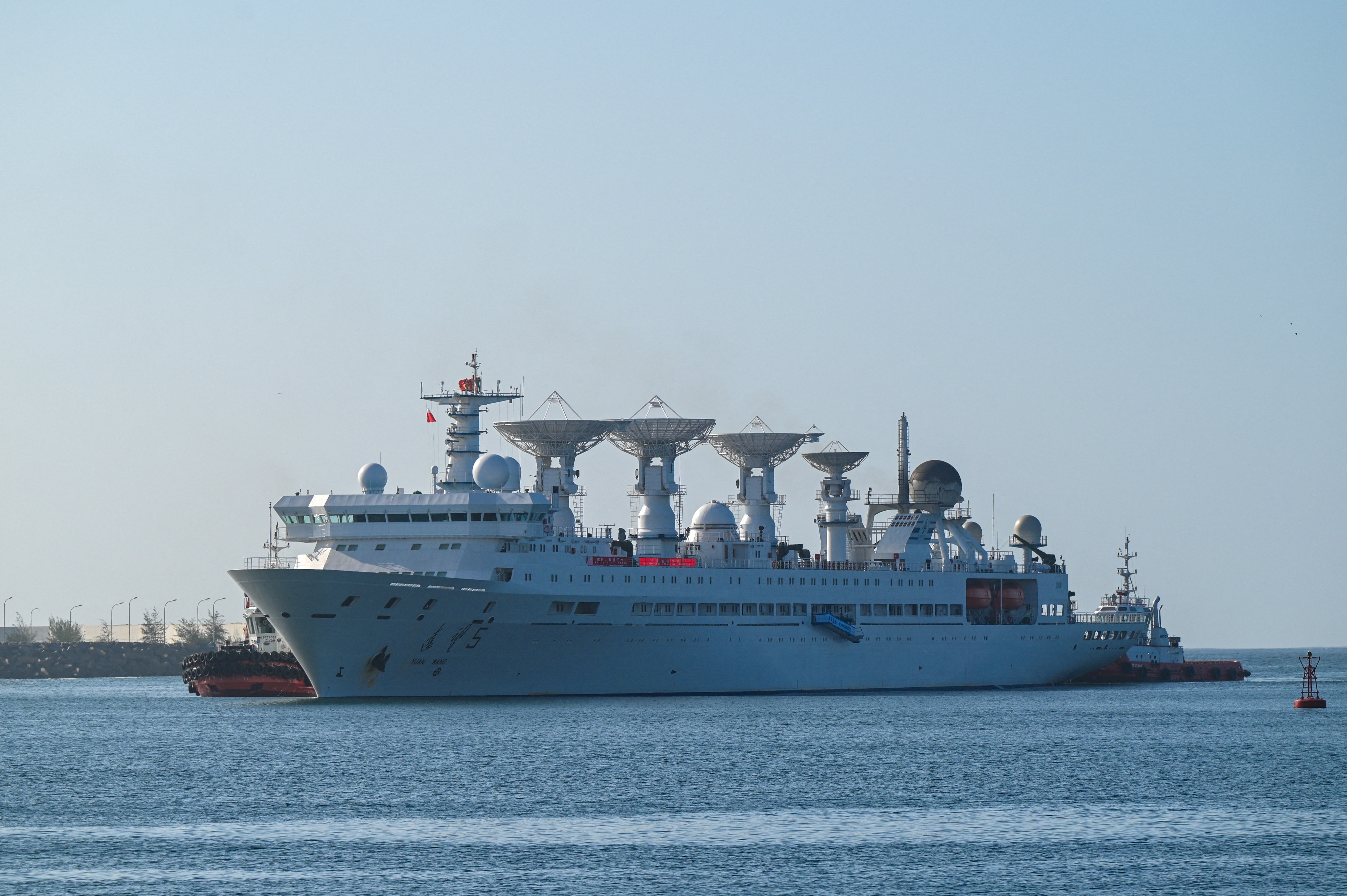 The Chinese ship was able to enter the port provided that its automatic identification system was active and it could not conduct scientific research. India suspects it may be a spy ship (Ishara S. KODIKARA / AFP)

One day before the ship arrives, India has donated a Dornier 228 surveillance aircraft to Sri Lanka to enhance its maritime surveillance capabilities.

The Chinese ship was able to enter the port on the condition that it be kept automatic identification system s Scientific research cannot be conducted.

Hambantota port under Chinese administrationwhich it has leased for 99 years for $1.12 billion, is less than the $1.4 billion Sri Lanka paid a Chinese company to build it.

According to Indian media, Yuan Wang 5 can be used for space and satellite tracking, and has specific ICBM launch capabilities.

Sri Lanka was heavily indebted to China between 2005 and 2015In 2017, Beijing granted the Hambantota port concession after it defaulted on its payments.

China is Sri Lanka’s main creditorwith more than 10% of the island’s external debt.

Chinese support is essential to Sri Lankawhich is suffering from a serious economic crisis, to restructure its external debt and qualify for a bailout agreement from the International Monetary Fund.

How is the Chinese regime’s tactic to buy strategic islands
The Sri Lanka case, a key to understanding why developed countries do not trust Chinese credit
Ports, Trade, and Military Expansion: The Imperial Strategy of the Chinese Regime
Prev post Mexico and Canada, for a better business climate
Next post NASA scientists on alert for accelerating loss of platforms and ice in Antarctica

Tabasqueño, Czech, from this you can work in Canada

Herrera Ahwad detailed agreements on the US tour